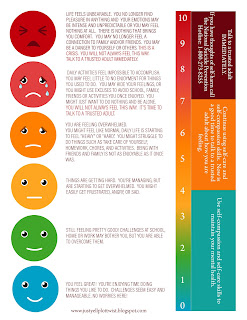 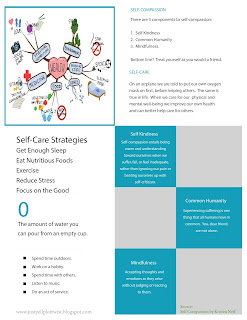 Suicide and suicide prevention have been in the media a lot recently where I live.  Suicide has become the leading cause of death for children 11-17 in Utah.  Between 2011-2015 Utah saw an increase of 136%  in suicide by children ages 11-17.  Nationally it had risen 23.5%

Last year on Sept.10, National Suicide Prevention Day, I remember hearing one specific comment that caught my attention.  The comment was from a local radio commentator in our area who was speaking about his 17 year old nephew who left home 3 years ago and never returned.

A few weeks after his disappearance his parents found a note tucked inside his wallet saying that he felt "broken."  The commentator made the comment that while the family knew this young man was experiencing challenges and symptoms related to mental illness, they did not realize the depth of his pain, and felt he had not been forthcoming with how bad things really were.

And he's right.  There is a major communication gap when it come's to connecting those who suffer with those who could provide relief.  You can't support someone if you don't know they are struggling.  But for those who suffer, it is hard to explain just what is happening.  Such an infuriating and frustrating challenge to be unable to communicate!! Add to that that teens aren’t exactly known for wanting to talk about their “feelings.”

Several months ago I found a 1-10 mental health pain scale that has helped me tremendously to be able to express how I am doing.  I modified the scale for tweens and teens to hopefully help in bridging this communication gap.  Feel free to use and share :)


The content on this blog is not intended to be a substitute for professional medical advice, diagnosis, or treatment. Always seek the advice of qualified health providers with questions you may have regarding medical conditions.


Posted by Lindsay Goeckeritz at 1:52 PM